The Flexnest FlexBike & Dumbbells are 20% Off for a limited time!
Skip to content

What is a knurl on a barbell? 3 Types of Knurling.

Written by Rishabh Shrivastava Last Updated May 17, 2022 in Categories Barbells 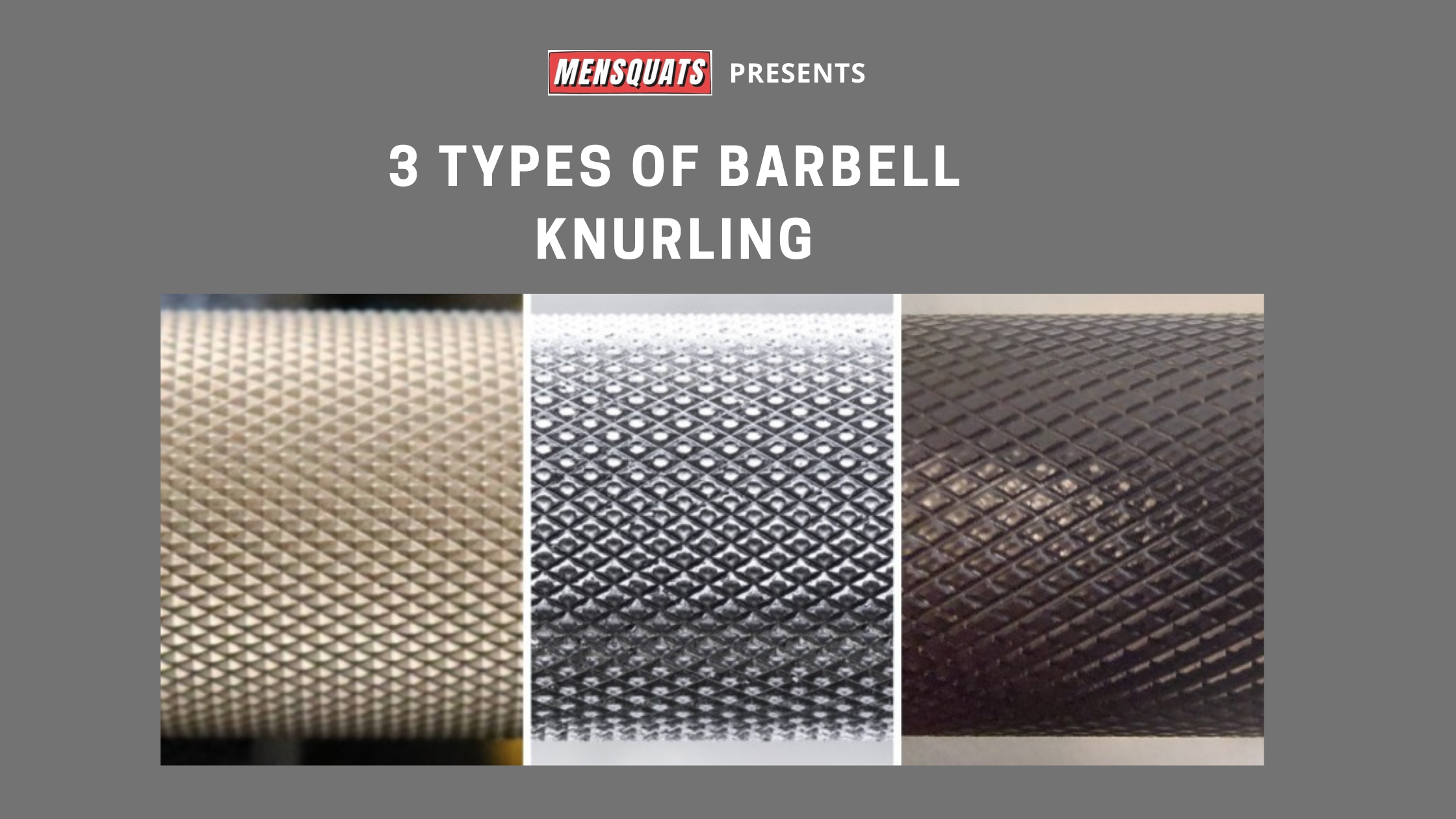 I’ve actually got 3 barbell knurling types one from rogue’s barbell and from other companies, it’s not so much the material it’s like what it represents, and the feeling of holding a barbell that’s the thing.

You name it there are a lot of arguments that happen but the thing that unites us all is the fact that we all use barbells in some capacity and that knurling those lines on the barbell is really what gives it some magic.

What is a knurl on a barbell mean?

Now for those unaware, knurling is simply that cross-hatch pattern that you see on a barbell.

If you go into any gym, you’ll find some sort of knurling.

If you’re in a commercial gym oftentimes it’ll be worn down.

But if you go to a nice gym you’re going to find knurling in different types and there’ll be knurl marks that basically allow you to put your hands on there.

The knurling is what provides that extra grip for your hand to stick into it and if you’re unaware and you haven’t trained a lot, you’ll be fine with probably just about any knurl. But as you train more often, you get into you’ll realize you LIKE a specific type of knurl.

There are three types of knurling that were popularised by the Kabuki Strength Founder Chris Duffin, he’s the first one to give names to these, and that makes sense. 😀

The three types of knurling are:

Those are three types of knurl and they’re all based upon how that knurling actually looks.

This is something we get questions on all the time like which barbell should I get, what knurling do you like?

We wanted this to be kind of a comprehensive overview of knurling and types of knurlingh. Let me know in the comments is there a barbell that you really like or a type of knurl you like?